8 January 2019
Melbourne is a city of superlatives. As Australia’s most liveable city, it’s also the fastest-growing, putting it on track to become the nation’s largest within a decade. At the same time, its economy is undergoing tectonic shifts that reflect national and global trends. Bold, visionary leadership will be required to ensure Melbourne can successfully weather this period of tumultuous change and emerge as Australia’s leading city. 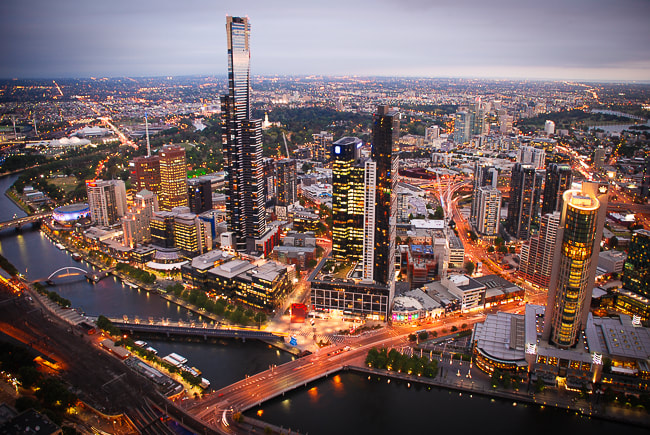 © Global Stock Photography
​Growing pains
​The latest ABS data confirms that Melbourne’s population has expanded by more than a third since 2006 to 4.9 million, and at this rate it will overtake Sydney in just eight years.
But research by PwC reveals the city is at risk of becoming a two-tiered society, as a privileged inner city leaves its outlying suburbs behind. Many of Melbourne’s peripheral areas are struggling to provide jobs and infrastructure at a pace to match their exploding populations.
At the same time, the city’s economic base is also rapidly transitioning from heavy reliance on traditional manufacturers to new hi-tech industries and the digital economy.

New CBDs
In a recent report titled ‘Creating a Melbourne of many cities’, PwC suggested a development plan for the city to address these challenges. PwC managing partner for Melbourne Peter Konidaris says it advocates for developing hubs of innovative activity beyond the city centre, creating new job-generating “mini-CBDs”.
“Fundamentally, liveability in Melbourne is a function of proximity to the CBD,’’ says Konidaris. “In the outer areas we see rapid growth of population, but we also see very high levels of unemployment and welfare dependency. People move out to where they can afford to buy a home — but there is no access to jobs.
“For that reason we are advocating for decentralised economic precincts or zones, where people can access jobs without having to come to the CBD.’’
Konidaris says this process is already under way. The Victorian Planning Authority has identified such precincts across Victoria to be targeted for development, and several employment and innovation clusters are included in Plan Melbourne 2017-2050.

New skills
But Melbourne’s challenge is not merely to shift jobs geographically. John Marinopoulos, PwC Australia’s partner responsible for infrastructure and urban renewal, says the nature of the city’s employers is changing — and fast.
“We have a major issue in that we have had a quick and volatile change in our manufacturing base, with the diminishment of the motor vehicle industry,’’ says Marinopoulos. “It may have seemed like a slow burn over five years, but realistically that is a very short period over which to have such a radical change.’’
Konidaris says as the old manufacturers move out and new companies such as Amazon and Alibaba move in, the city must adapt to changes that are occurring around the globe.
“Clearly we are seeing a shift — not just in Melbourne and Victoria, but across the Western world,’’ says Konidaris. “We are seeing the traditional skill set become less and less important and desirable, and the economy being forced to transition to a higher-value skill set and capability.’’

Hi-tech future
Victoria already leads Australia’s realignment towards a hi-tech future. Recent Australian Bureau of Statistics data shows that Victorian firms account for over 40 percent of Australia’s total R&D spend in advanced manufacturing.
And with Australia forecast to spend almost $200 billion to be spent on sophisticated new vessels, aircraft, armoured vehicles and other military equipment during the next decade, Victoria is also making attracting and retaining advanced defence industries a key priority.

Focus on education
Centres of education and innovation will thus be vital catalysts for future economic growth and Melbourne already has several, with more under development or in planning. These include the proposed Australian Education City (AEC) development in East Werribee; the Monash University campus and Medical Centre in Clayton; the University of Melbourne’s Parkville campus and Carlton Connect project; and La Trobe University’s Bundoora campus and Agribio centre.
Indeed, the education industry has a vital role in Victoria not only in terms of reskilling but in its own right as a key economic sector. Victoria already attracts over 175,000 international students a year from more than 160 countries, and this market has huge potential for growth.
The AEC project would develop 400 hectares of state-owned land in Melbourne’s outer west into a new hi-tech precinct of innovative industries and universities, catering for 45,000 local and international students.

Coordination key
PWC’s Marinopoulos says that because such precincts will clearly be the foundations upon which the city’s future economy will be built, Melbourne needs to develop an overarching vision for how they should be coordinated.
“We need to make sure that we are not duplicating efforts within these different precincts,’’ says Marinopoulos. “How do we ensure for example that what is in the Monash precinct is different to Parkville is different to AEC? We need to be future-ready as well as agile for the current.’’
He says this masterplan should also include recognition of Australia’s place in the region and the world, and how the benefits of this can be maximised.
“We must consider who are going to be the partners that we can bring in from Asia, from Europe, from America,’’ says Marinopoulos.
“The Victorian Government is already focused a lot on global partnerships. I think it is in areas like these where you can get really exciting change occurring in order to drive the outcomes we need for Melbourne.’’