15 October 2018
Melbourne’s western suburbs are facing a perfect storm of problems when it comes to jobs, ironically driven in part by the state’s strong economic growth.  Professor Rodney Maddock, a Vice Chancellor’s Fellow at Victoria University and Adjunct Professor of Economics, Monash University, said Victoria’s positive economic position was offset by the fact that connecting people to jobs was getting harder.
“Victoria’s growth has been strong, and it’s employment growth is strong. The interesting thing is that it’s become an even more attractive place for people to migrate to, and so it’s become a problem of catching up with the population growth,” Prof. Maddock said.

Maddock noted with the rate of population growth on the outskirts of Melbourne outstripping the growth of jobs,the pressure is building.  “The more rapid the population growth, especially on the boundaries of the west, the more difficult the problem becomes—the longer the commutes, the more congested the public transport, and the lower quality of life for everybody,” he said.
“One of the most important issues is - can we find a way of creating more jobs in the west?” 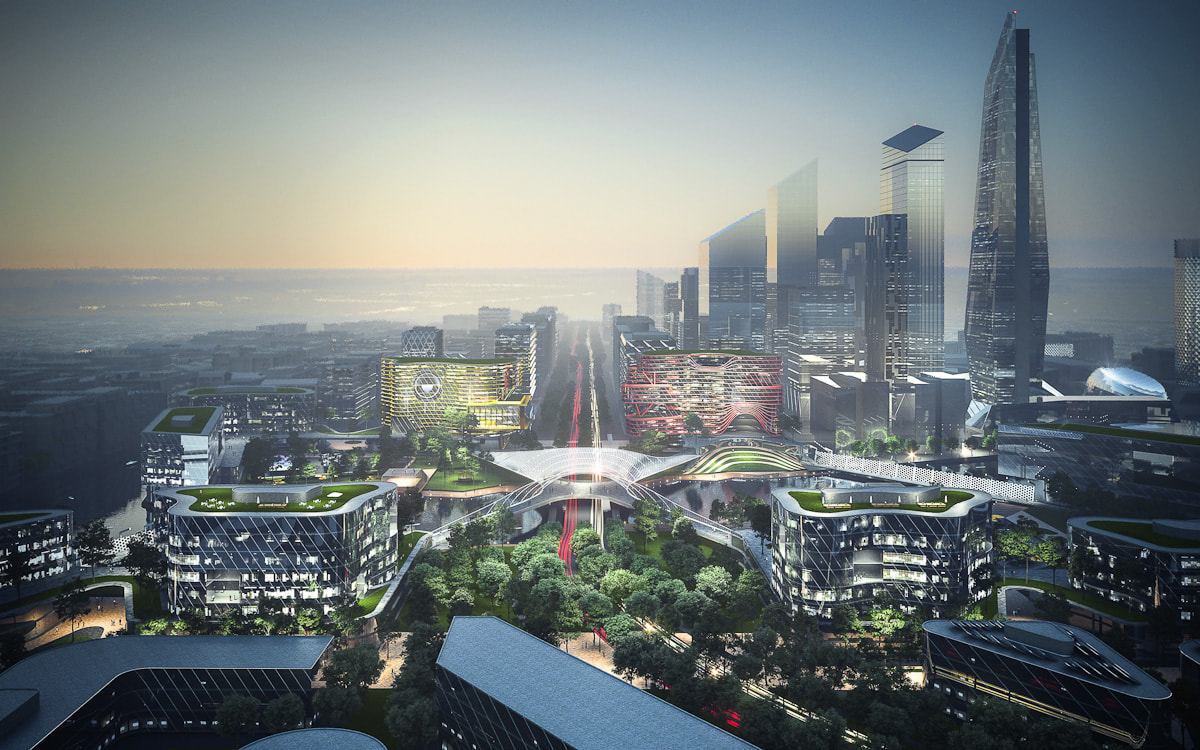 © Australian Education City
​The scale of the problem
The Victorian Government’s population research forecasts a 60 percent increase in the west’s population by 2031—it’s one of the fastest growing regions in Australia.  Already more than 50 percent of people that live in the west commute away from home for work, according to a report on future employment in Melbourne’s West developed by the National Institute of Economic and Industry Research.

The report’s modelling shows the west could soon be facing a shortfall of 100,000 jobs. That’s a lot of extra people clogging up roads and trains every day to work elsewhere.  Director of City Economy, Innovation and Liveability for Wyndham City Kate Roffey said failing to promote local jobs put communities like Wyndham in danger of becoming stagnant, dormitory suburbs.

Roffey said the daily exodus to inner Melbourne city areas for work reduced quality time with family and also meant less support for local businesses and cultural pursuits.  “You don’t have the associated economic growth. One job in a professional sector creates other jobs further down the line—those people need to be fed, their cars need to be serviced, so you get this knock-on economic value-add effect,” she said.  “If we don’t have jobs in the localities where people live, you don’t have those added benefits, because if I drive to the job centre in the city I’ll drop my car into the mechanic in the city instead.  “The nightlife locally is not as vibrant when you don’t have as many jobs and people finishing work and saying ‘hey let’s go catch up’.”
​
Time to adopt a new model
Roffey said that a proposal to build an education, innovation and residential hub known as Australian Education City within the East Werribee Employment Precinct—a parcel of land in the west identified for development, could stimulate organic growth.  “The traditional way that governments have tried to stimulate this professional services growth is to move a government department out there,” she said.
“They tried to move Australia Post out of the CBD down to Dandenong and it lasted for a few years and then it moved back again because there was no associated infrastructure—you can’t just plonk one big box professional services firm out there and think that’s going to do the job.

“You need a variety of sectors co-locating in places to get genuine growth, and really this is much better driven by innovative business and groups like CISCO and IBM and similar businesses that re-invest in their own growth and development.”  Prof. Maddock said Australian Education City offered a new model that was different to the rest of the city, and could be planned from the outset to attract innovative companies and workers to create ‘economies of conglomeration’.

“The whole idea is that clusters work. Silicon Valley is a well-known cluster, there’s a well-known cluster in North Carolina around pharmaceuticals and IT, there’s another cluster around Boston. None of them are in the centre of a city,” he said.  “Firms find a lot of benefits from locating close to other similar firms. The reason is, if people go to work someplace, they like to know there are other similar employees close by and so people can move between the companies and there are mutual benefits to having that sort of mobility—so clustering is very important.

“You can create these clusters away from the centres of cities and hence you should be thinking hard about whether we can create some employment clusters in the west which will absorb some of the population so people don’t need to commute as far or as long.”

Can a technology hub thrive in the west?
Wyndham City’s Kate Roffey said that while the west was well-established in industries like logistics and agriculture—it didn’t have enough relevant jobs for the growing number of skilled and highly educated workers moving to the area.  She said the Wyndham local government area has a greater percentage of people with postgraduate qualifications (9.49 percent) than Victoria as a whole (7.86 percent), yet can’t take advantage of that workforce currently.

“We just have to get a bit of a kickstart somewhere so that it’s attractive and people understand that the infrastructure and support is there to provide for these industries,” she said.
“That’s why the proposal that Australian Education City has put up is so exciting because it’s not just more jobs in one sector—it’s really bringing that high-end, professional technology and advanced manufacturing sector to the area. And with that will come a whole different organic growth around it.”
​
Prof. Maddock agreed the concept could create an alternative employment centre in the west that would help decentralise and reduce congestion in Melbourne.  “That is in the city plan at the moment and I think the government needs to take some steps to actually make it happen rather than just hoping that industries will find the right answers by themselves.”